“The cynicism that passes for sophistication”

I’m not sure when or how I first encountered Appreciative Inquiry.  But I do remember going to an Imagine Chicago conference in 2002 with a group of community activists from Edinburgh.  We had a thoroughly exciting time, meeting appreciative inquirers from all over the world in an explosion of energy and creativity.  At the time I was a research commissioner and manager working for a public agency in Scotland, with a brief to develop new funding for community action research.  I was an experienced social researcher myself, with a PhD and a keen interest in making an impact.

On the flight home I poured over the information and tried to make sense of it all – on one hand, I liked it and the energy of the people I’d met.  On the other, I was a little sceptical, especially about the idea of the focus on the positive and I was a bit stung by the idea that my more critical queries might indeed be what someone had called, the ‘cynicism that passes for sophistication.’ Ouch!

At the time I was immersed in the CARPP – Centre for Action Research in Professional Practice – programme at the University of Bath where, at times, I felt like I’d fallen off my ‘social researcher’ bike and was learning to ride it again. 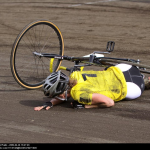 To cut a long story short, I ultimately left my post and set up my own action research company, Research for Real.  I’ve been working for myself now for 15 years.  Originally, I was very influenced by the ‘Bath’ school of action research, that talked about first, second, and third person inquiry and ‘living life as inquiry’.  I also worked with Danny Burns and Susan Weil from SOLAR at the University of the West of England in Bristol and was excited by their approach to systemic action research, for example in the work for the British Red Cross.  These people continue to inspire me, as does Yoland Wadsworth from Australia who talks about human inquiry for living systems by building in research and evaluation.

You might say I dabbled in appreciative inquiry.  I found my own way of introducing it, particularly thinking about being more positive in evaluations and I ran some successful one-off events that helped people to understand their shared values and common goals.  My chance to immerse myself in it more fully came as part of the My Home Life team at the University of the West of Scotland and in some spin-offs from that work.  For about the last five years, I’ve been working alongside Belinda Dewar and her colleagues and have taken forward my own work using similar approaches in health and social care and in community development.

We’ve written about it and I think we’ve found way of integrating the generativity, imagination and attention to language of appreciative inquiry, with the focus on collaboration, experimenting and the practical orientation of action research.  I particularly like the future-making orientation to research as a form of social action, that both excites and incites further change.

So often, I am privileged to witness people getting excited again about the work they do, when they are asked to notice what they value, what matters to them or what works well. I like the focus on the ‘here and now’ – not starting off by imagining how we want things to be in some distant future, but rooting ourselves in what we already have and value, that we might too readily dismiss or take for granted.   We encourage people to talk to each other about how they feel about both the good aspects and those that are tricky and then, to work out, together, what kind of future might be possible.  And then to try something out, to test it, review and consider whether and how to sustain it.

So, yes, it has a bias – a real-life-centric bias.  It’s nurturing and emergent, and places relationship and conversations at the heart of change.   Now, I can’t imagine another way.

This entry was posted in Appreciative inquiry, Co-production and new ways of working, How can evaluation be useful?, Leadership, Living systems research, Participatory research methods, Research Impact, What is action research?. Bookmark the permalink.